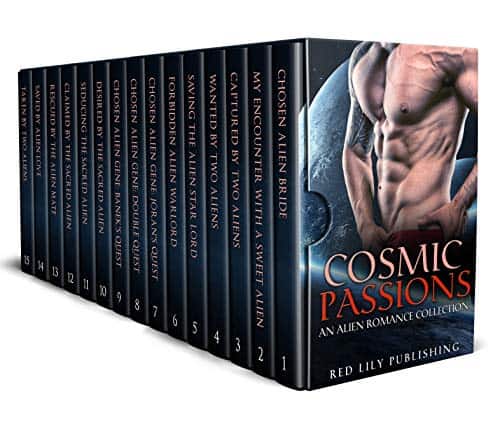 15 Steamy Sci-Fi Romances In One Collection!

Brace yourself for a wild ride of hot chance encounters deep within the cosmos, forbidden intergalactic mates, racy star ship ménage, adventures through portals, and out of this world passion.

Would it be ridiculous of me to make a wish on a star?
My life completely transformed the night I posed that very question to the universe.
I never would have guessed my wish would lead me straight into the arms of two unbelievably gorgeous aliens.
And they need me just as much as I need them.

Cosmic Passions is a collection of 15 red-hot alien romance short stories, including Captured By Two Aliens and the following titles: