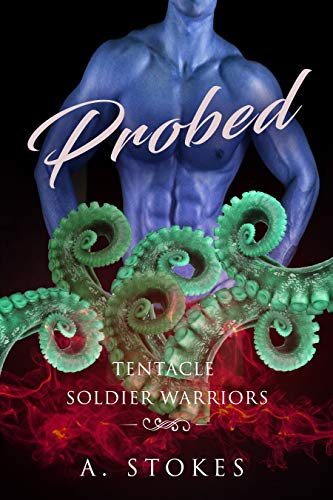 You may end up losing your innocence in more ways than one to a blue skinned prince with huge tentacles.

He was sent to Earth so that his mother, the Angry Queen, could destroy it. She wanted him to take what Earth had before she deleted Earth as if it had never existed.
When he arrived he believed every bad thing his mother told him about humans. Even he had a bad experience when first encountering them. He believed that humans were nothing but evil beings looking to destroy each other. That is, until one person came into his life.
Could one person make a difference, or is it too late for mankind?