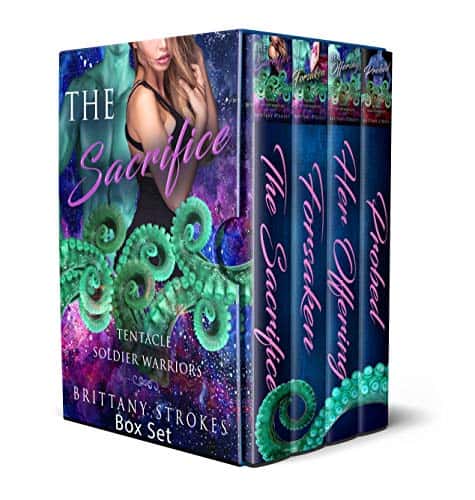 The Sacrifice:
A human innocent kidnapped by ruthless aliens.
She is saved by a tentacle prince and his bodyguards.
Will they finish the experiments on her and at what price…

Prince Drake knew that he had to look for food and water—anything that was going to keep his army alive.

There was no way that he could give up.
They were running during the day, making sure that the enemy didn’t see them in the shade of the trees. Until they heard something in the sky… something that sounded like the end of the world!

Was it crashing down them? Had he failed them? A loud boom sounded in the distance but yet, his army was still alive. He was still alive. When he was brave enough to go towards the noise, he didn’t realize just how lucky he was… or maybe how dead he was.