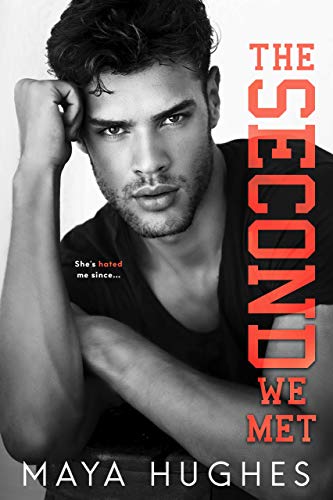 Dear Jerk Across the Street, sorry for accidentally walking in on you and catching an eyeful of your—equipment. And hard pass on the open invitation to join you in the shower “anytime”, A-hole.

That’s the note I should’ve written. Instead I sent a pleasant and apologetic version.

Had I known Phoenix “Nix” Russo would’ve been the neighbor from hell, I’d have told him right where he could shove my words.

Nix is the big man on campus with everyone lined up at his games to make sure he knows it. Sure, he’s got piercing blue eyes, abs that don’t quit and a smile that could set fire to a set of panties from a hundred yards away, but he’s also the biggest pain in my ass.

Dear Pink-Haired Menace, learn how to take a joke and stop being such a kill-joy…

Elle Masterson called the cops on one of my parties—again. My sweet talking usually gets me out of trouble, but this time it got me into a nice pair of silver handcuffs. Now I’m on a reputation rehab tour with a stop at a spring break community service project.

Now we’re shoulder to shoulder, sweaty, tired and…she’s not anything like I expected. There might just be a heart under that hardass exterior. She’s invading my dreams and I can’t shake the feeling she’s the key to unlocking a piece of me that I’ve hidden away.

It’s only a matter of time until she finds out why I’m really here.

Maybe I can break through her walls and into her heart before that happens…one screw at a time.

***The Second We Met is a standalone new adult romance***